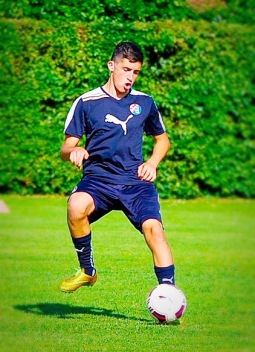 Roman Martin – UCLA Soccer | The Kicking SystemOver the course of the summer, Roman Martin, from La Jolla Country Day School (San Diego, CA), and formerly of Wake Forest has signed to play for the UCLA Bruins for the fall of 2017.

This is a great accomplishment for Roman and being a TKS student of over 5 years, shows how much TKS can help students if put on a program early in their career. “I always thought Roman was special, and signing at UCLA was just a great fit for his skills. I expect him to make a big impact right away for the Bruins,” said his personal soccer coach John Matich. “Roman could kick for their football team as well, huge leg in High School,” he went on to say.

Look for more coming this fall.

Published by The Kicking System